Boxwood Leafminers: Bad For Your Shrubs

Boxwoods are common landscaping shrubs. They require very little maintenance, stay green all year, and can be shaped into attractive silhouettes. It is believed they arrived in the United States with European settlers in the 1600s. They also thrive in both shade and full sun. However, boxwoods are susceptible to many pests and diseases including Boxwood Blight (Calonectria pseudonaviculata), Boxwood Psyllids (Psylla buxi), and Boxwood Spider mites (Eurytetranychus buxi). However, the most damaging pest to these popular shrubs are the Boxwood Leafminer. There are many treatments on the market to kill these insects and reduce their damage, but they are persistent in the environment that will harm soil biology and affect other unintended insects. We recommend methods to reduce Boxwood Leafminer damage without such treatments. 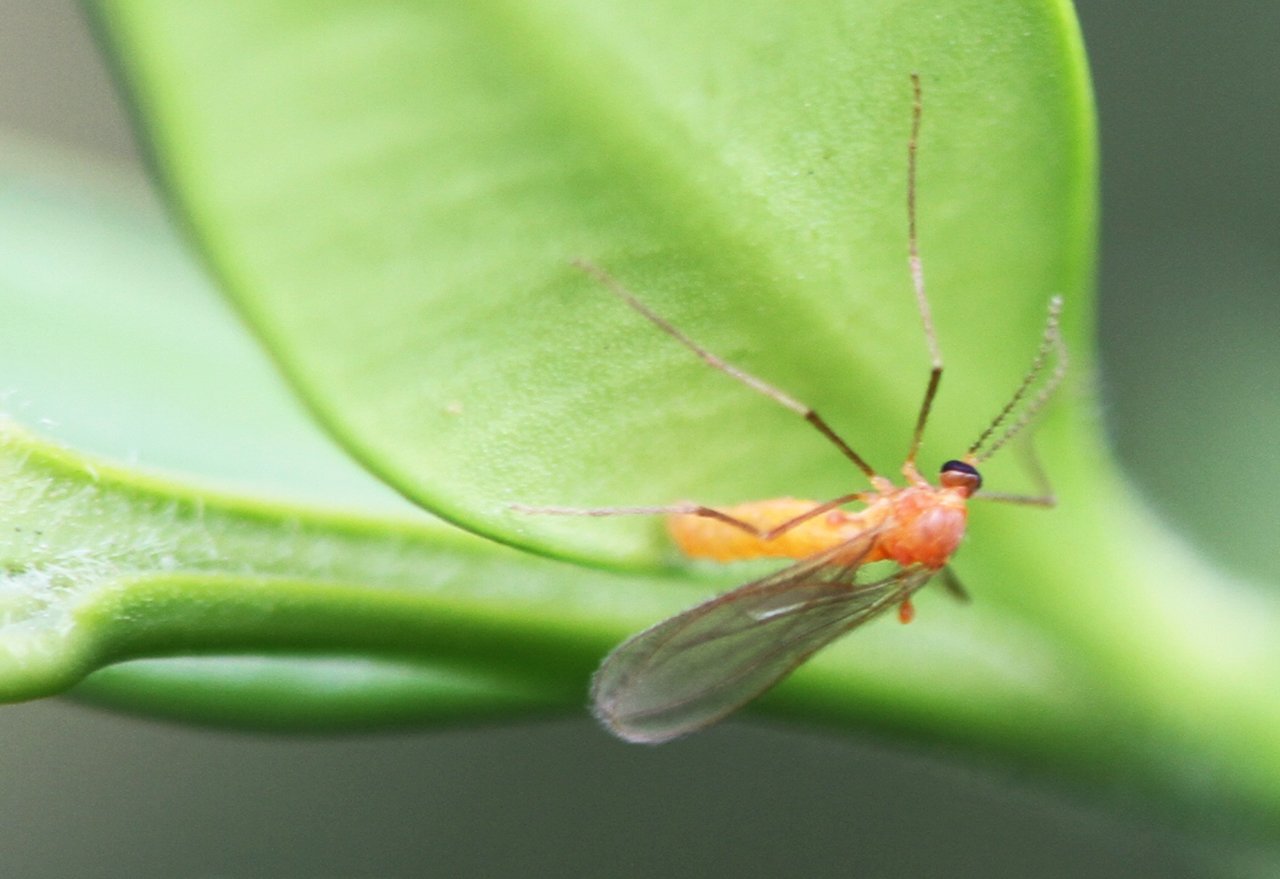 What Are Boxwood Leafminers & How Do They Damage Boxwoods?

Boxwood Leafminers (Monarthropalpus flavus) are not native to the United States, but were brought here from Europe and probably came along with boxwoods at the same time in the 1600s. They do not do as much damage to boxwoods in Europe where they originated. Interestingly, the insects were not defined as a pest to boxwoods until 1910. Boxwood Leafminers are now found throughout the United States.

Adults are flies that look a lot like small, orange mosquitoes. They emerge in early Spring depending on the temperature and only live for about a day to mate and lay eggs. They do not all emerge on the same day but over about two weeks, often swarming around boxwood bushes.

The female Boxwood Leafminer uses her stinger-like “ovipositor” to insert fertilized eggs into the underside of new growth of boxwood leaves. She uses a lot of precision because the eggs are laid between the upper and lower leaf surfaces of the leaves. She inserts many eggs at a time and at a few positions on each leaf, about 20 to 30 total per female, and two to six eggs per leaf. The leaves are damaged where the holes are made and below the holes where the eggs grow. These leaves appear blistered during the Summer and then turn brown over the Winter. The larvae hatch over the Summer (within a month of being laid) but remain in the leaves and eat out the insides. The larvae are often called maggots and start out yellow and change color as they grow into orange. Once they develop into pupae, in the early Sinter, the insects stop growing and hibernate. Then, the Leafminers continue to damage the leaves in the Spring. Some gardeners report Spring snapping and cracking sounds coming from the boxwoods before adult flies emerge. Some birds will “harvest” the larvae or pupae directly from the leaves, ripping into them. The “pupal exuviae” (or empty pupal case) can sometimes be seen poking out at the extraction point, where adults exit the leaves. Only one generation is produced per year. Heavily infested boxwoods will drop their leaves in the Fall or the following Spring. 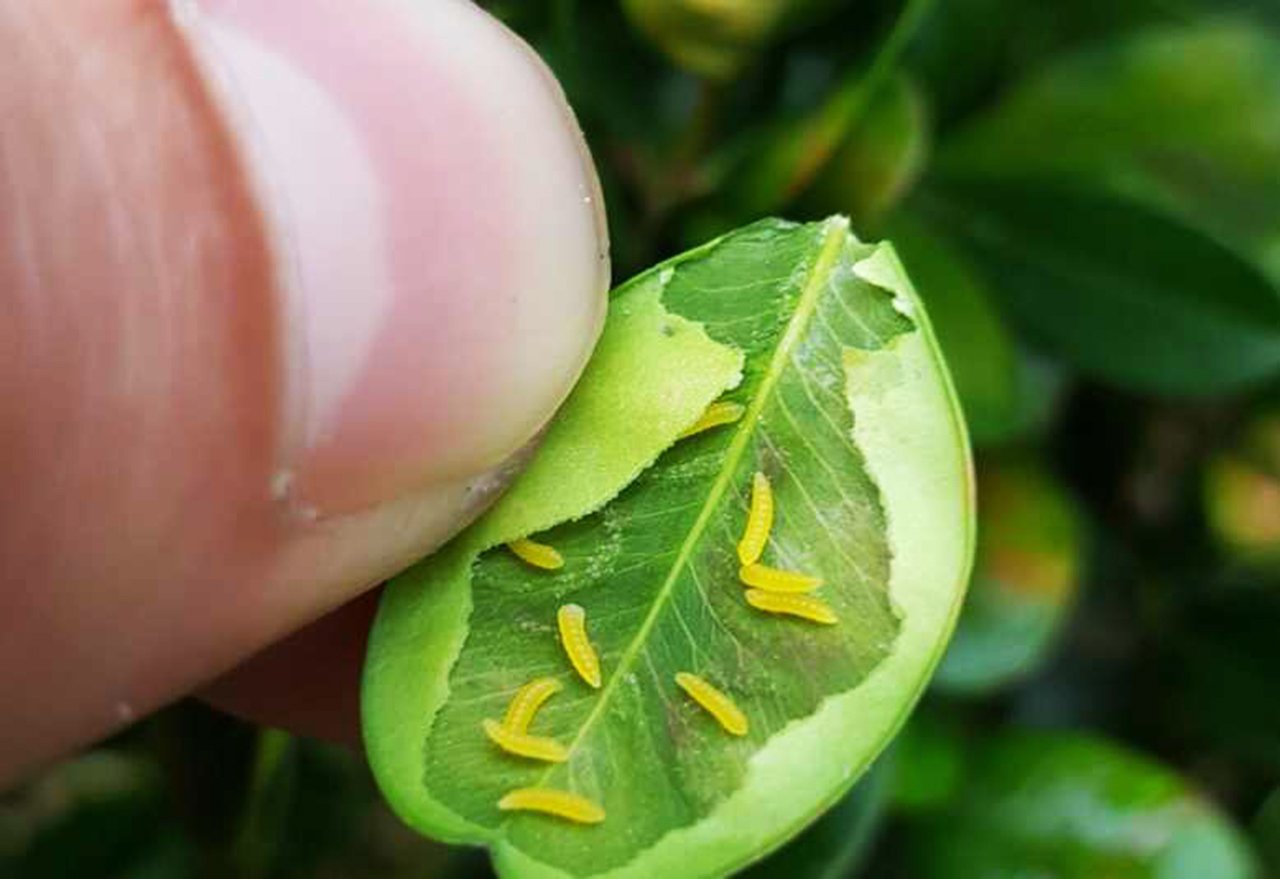 How To Reduce Boxwood Leafminer Damage?

There are no natural products that kill Boxwood Leafminers. The most effective practice is to target the larvae and where they are developing. Eggs are only laid in new growth and so it’s best to prune off the new leaves after they have darkened in color, an indicator of the growing larvae inside. Doing so will eliminate 70% or more of the current season’s Boxwood Leafminer larvae population. In the Midwest, this is usually in early July. Reducing damage to 70% is a comparable control level to the synthetic chemical insecticides. Pruning in this manner will reduce Boxwood Leafminers to levels that have little impact in a couple of years.

Additionally, if you do notice swarms of adults, you can spray them with a spinosad. We like Captain Jack's DeadBug Brew. This practice is hard to time and will be a daily chore for a few weeks. It is not as effective as pruning. Some University Extension offices also suggest leaving out sticky traps to capture adults, again not as effective. 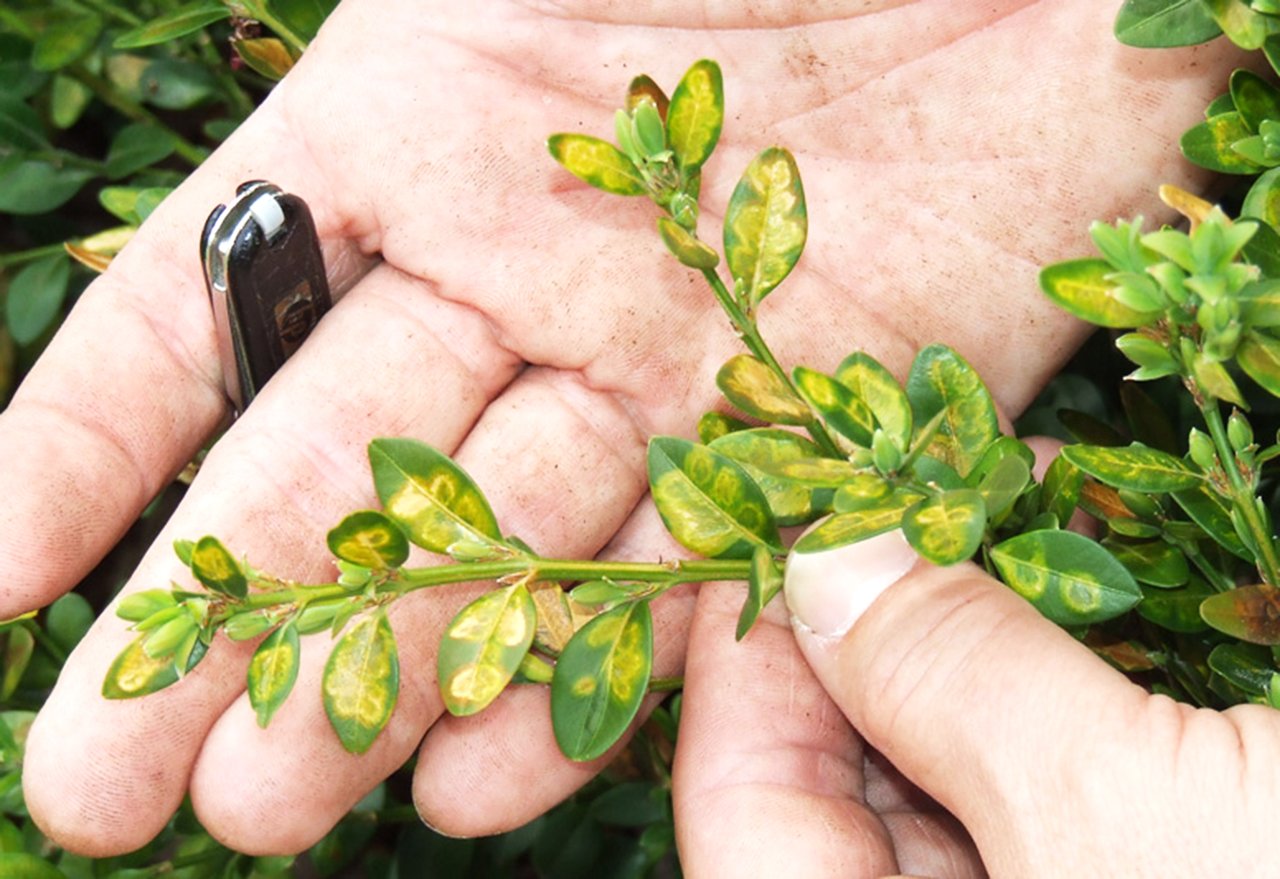 There have been multiple scientific studies to determine which boxwoods are the least susceptible to Boxwood Leafminer damage. If you are replacing your boxwoods or planting new bushes, it’s best to choose cultivars that will not be affected by Boxwood Leafminers. The species that are most resistant include: