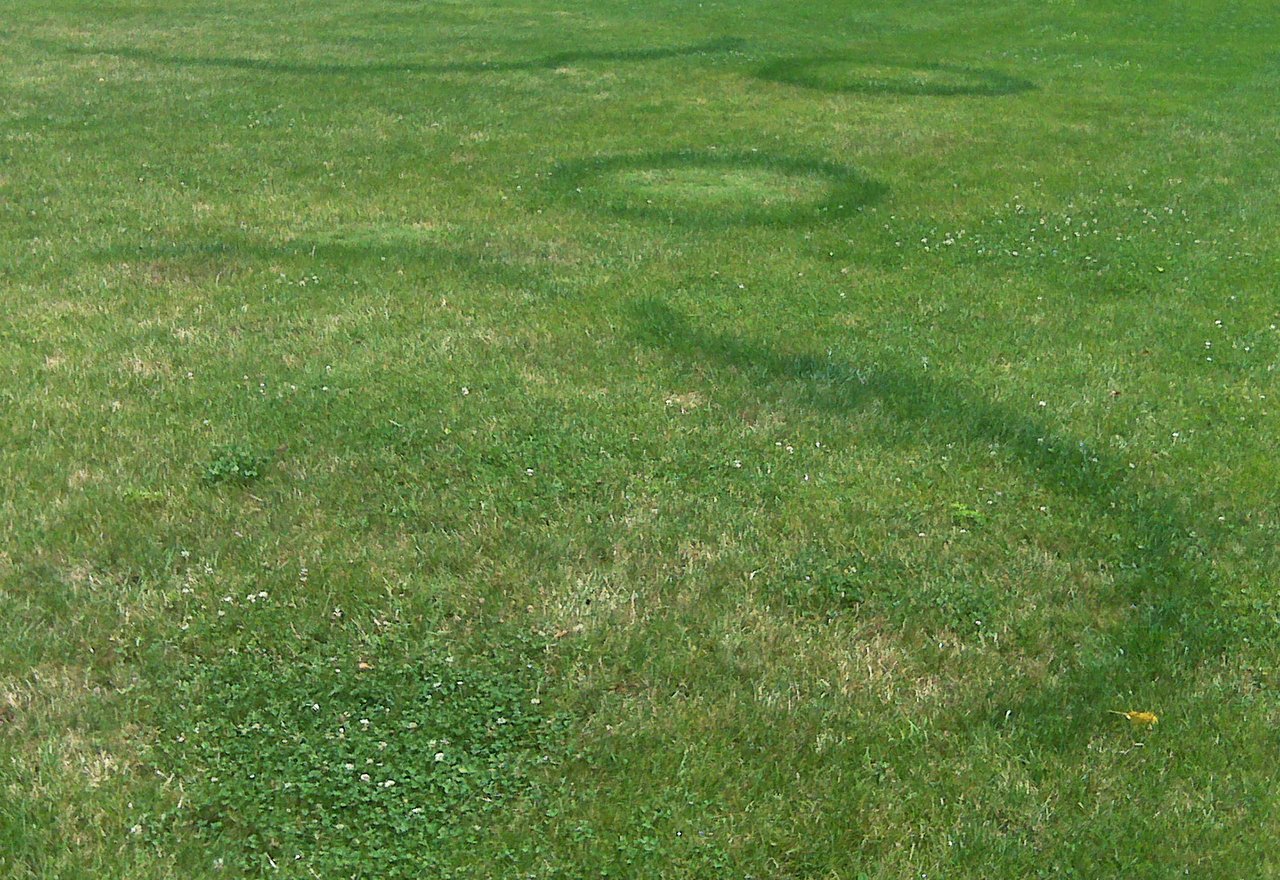 What Is A Fairy Ring?

Fairy Rings are rings or arcs (an unclosed ring or a C) of mismatched grass caused by fungus in the soil. There are three types of Fairy Rings. Type I is the least common: rings of dead grass due to the fungus causing the soil and thatch to repel water and not allow the water to infiltrate the ground. Type II Fairy Rings are the most common: darker green, faster-growing grass forming a ring. Type III Fairy Rings often occur with one of the other two: a circle of mushrooms growing in a circle, usually most common during a rainy period and often appearing overnight. Sometimes how the Fairy Ring is expressed changes throughout the year.

A few different species of fungus within the soil cause all types of Fairy Rings. The fungi affect all species of grass. According to the University of Maryland Extension, the fungi are usually a white thread-like network of fungal strands of the organism causing the problem. The fungi do not directly affect the grass, but the soil. In Type I rings, the dead grass is caused by a very localized drought because water can not enter the soil and feed the grass. In Type II rings, Purdue University Extension reports that the Fairy Rings grow as the fungi radiate outward, breaking down organic matter, often dead tree roots. The breakdown releases nutrients that stimulate growth ahead of the leading edge of the ring. And so, the brighter green grass is a response to the natural fertilizer in the soil.

Interestingly, Fairy Rings do not overlap each other. This is because the fungi will attack other fungi nearby.

What Causes Fairy Rings Within Lawns?

Fungus causes Fairy Rings within the soil. When left untreated, they gain size annually. Sometimes a tree that was removed at the same location can be traced back to the fungus, its rotting roots underground changing the soil chemistry. However, a dead tree is not always the cause of the problem. 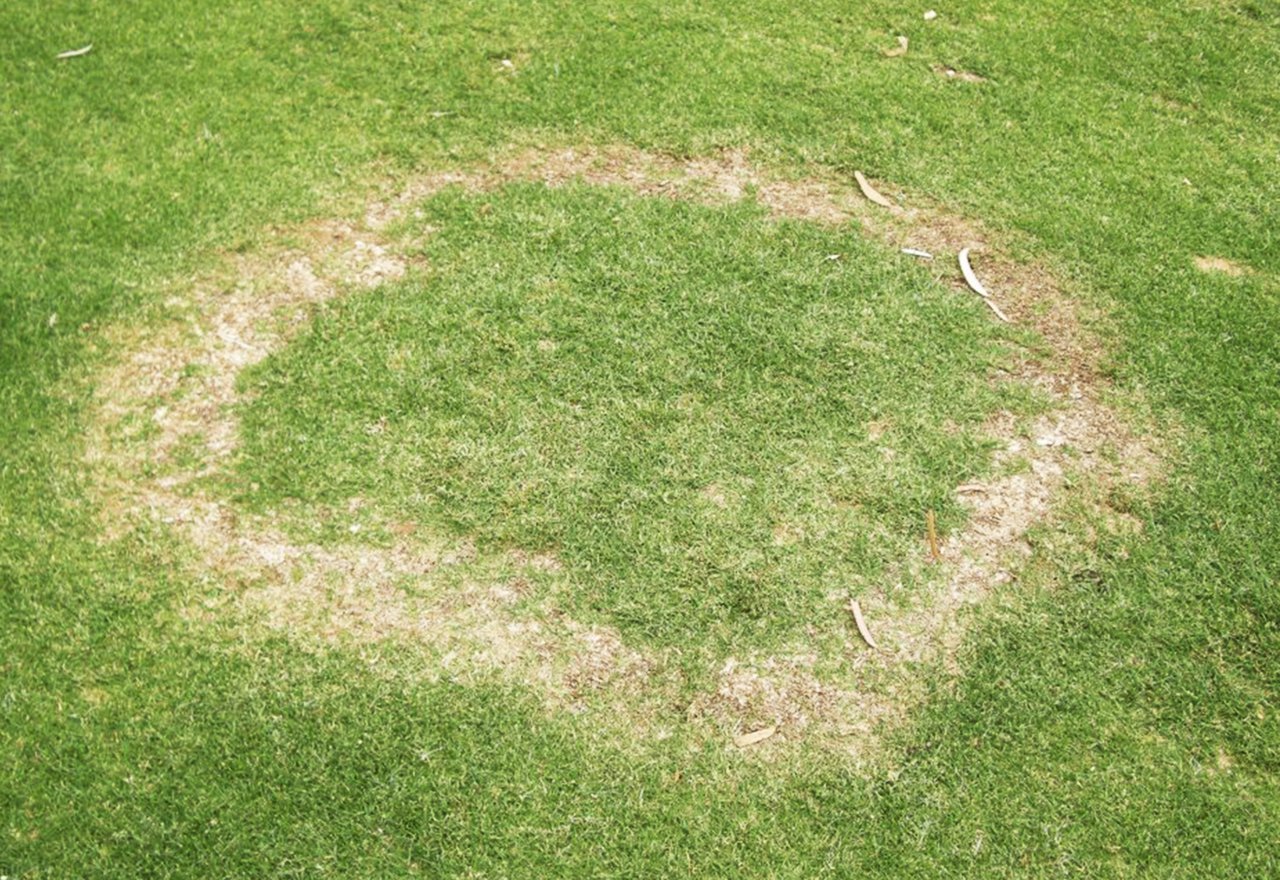 How To Get Rid Of Fairy Rings?

Most Fairy Rings are the bright green variety, Type II and do no harm to the lawn. Most homeowners choose to just let them go.

Sometimes, if you have these brighter green, longer grass Fairy Rings, fertilizing the grass around and within the Fairy Rings will mask the problem.

However, if the Fairy Rings in your lawn are killing your grass (Type I), it’s time to act and there are a few methods to get rid of them.

The very best bet to remove Fairy Rings is to remove the problem soil. This is no small feat because first you must remove the grass and then work with the soil. You can either haul away the old soil and introduce new soil or you can thoroughly mix up the soil. Remember how Fairy Rings don’t overlap because the fungus attacks neighboring fungus? You can use this to your advantage and mix it up, blending the soil so that the different species of fungus kill each other off.

Additionally, both Core Aeration and Liquid Aeration will speed thatch removal and help water penetrate the lawn, which contributes to dispersing the fungus. These treatments can both help with Fairy Rings without totally upending your lawn. These are less radical methods, but are also usually less effective.

Once you have the soil addressed, it is sometimes hard to reestablish grass in the areas of former Fairy Rings. Sod is often the best bet because it comes with some topsoil. But if you are diligent, you can seed grass yourself. For our Midwest region, we like to use a seed mixture of 5% Microclover, 90% Turf Type Tall Fescue and 5% Kentucky Bluegrass. We sell a pre-made mix in our online shop called Tuff Turf Lawn Seed, which contains these ratios of Turf Type Tall Fescue and Kentucky Bluegrass. We also sell bags of Microclover separately.

How To Prevent Fairy Rings In Your Lawn?

Fairy Rings can not be prevented in established lawns. When installing a new development or new lawn, its best to fully remove trees and most of their roots to prevent Fairy Rings in the future.

Storytellers have included Fairy Rings in superstitious tales for generations. It’s sometimes fun and spooky to pretend that unseen fairies live within and create Fairy Rings.

How To Identify Fairy Rings In Your Lawn 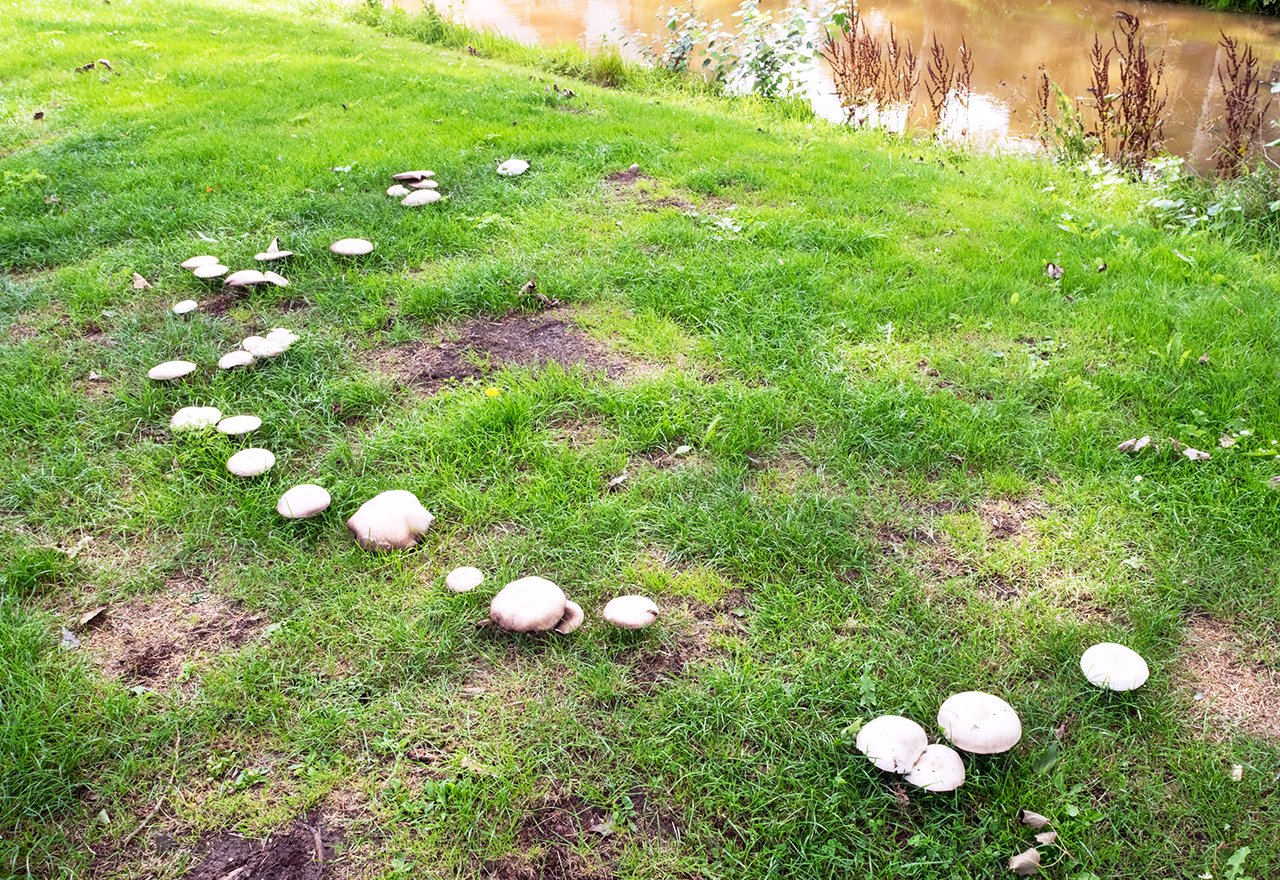