One of the Most Devastating Pests to Urban Landscaping Plants 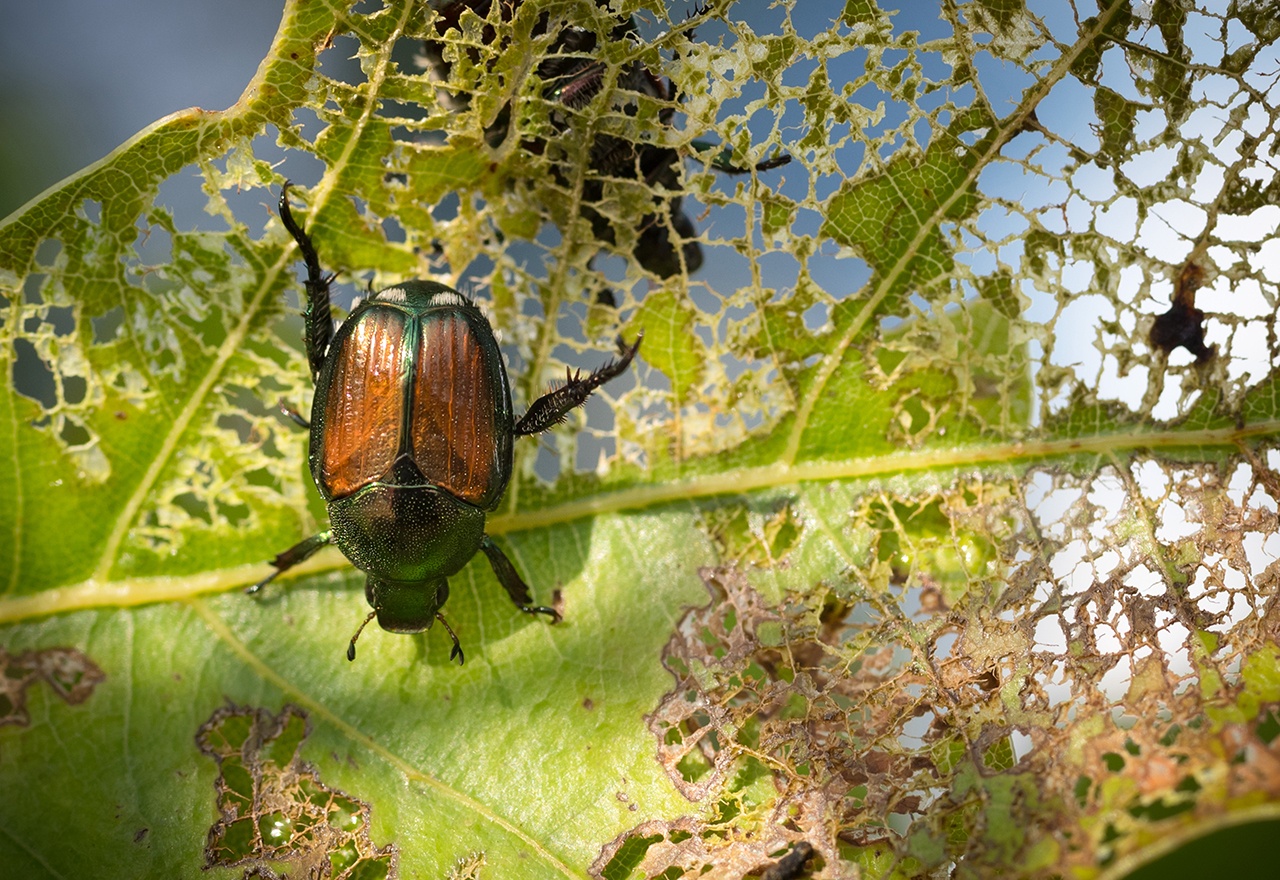 What Are Japanese Beetles?

The Japanese Beetle is one of the most devastating pests of urban landscape plants in the eastern United States. Japanese Beetles were first found in this country in 1916, after being accidentally introduced into New Jersey. Until that time, this insect was known to occur only in Japan, where it is not a major pest. The Eastern US provided a favorable climate, large areas of turf and pasture grass for developing grubs, hundreds of species of plants on which adults could feed, and no effective natural enemies. The Japanese Beetle thrived under these conditions and has steadily expanded its geographic range North to Ontario and Minnesota, West to Iowa, Missouri and Arkansas, and South to Georgia and Alabama.

What Can I Do About Japanese Beetles?

If you're just seeing the Japanese Beetles now, it isn't too late to protect your lawn. Our Organic Grub Control treatment can help with this process. If the Beetles haven't already defoliated your plants, you have several options for reducing the damage they cause to your landscape. You might consider purchasing Neem Oil, an all natural Japanese Beetle suppression product, from our online store for immediate reduction. You can also try our Natural Tree and Shrub Care Program to help minimize Beetle damage this year and in years to follow.