An invasive Spring perennial weed that chokes out surrounding plants 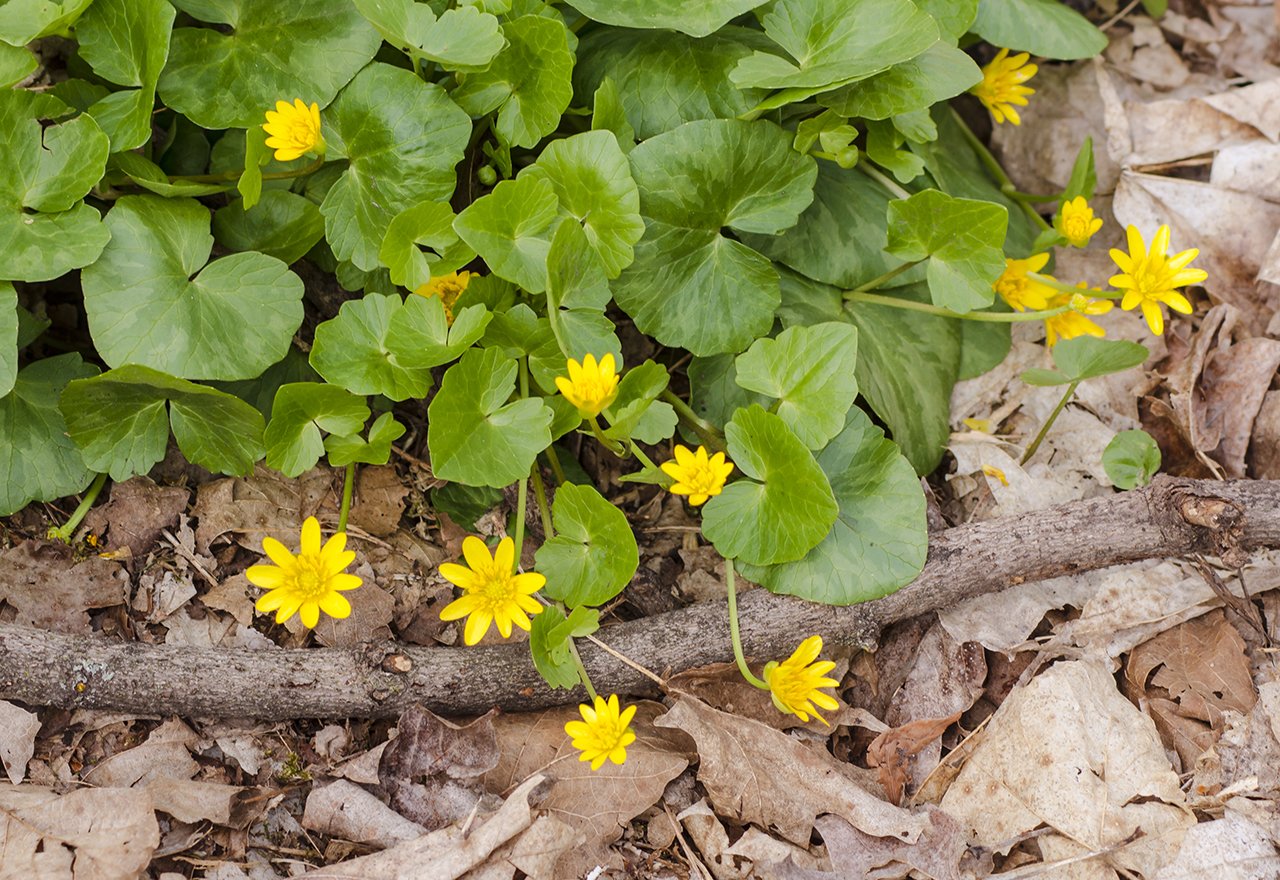 What Is Lesser Celandine?

Lesser Celandine is a low-growing perennial flowering plant in the buttercup family. It’s also known as fig buttercup or pilewort. Its scientific name was changed from Ranucuculus ficaria to Ficaria verna. The plant has thick, dark green, heart-shaped leaves. Lesser Celandine has glossy, bright yellow flowers with seven to twelve petals that grow one per stalk. Stems of the flowers are tall for the short leaves.

Less Celandine is native to Europe, West Asia, Northern Africa, and Siberia, but was introduced in the United States as an ornamental in the 1800s. It’s now prevalent in lawns and gardens across North America. The plant tends to favor land that is seasonally wet or flooded, especially sandy soils and thrives along streams, riverbanks, and forested flood plains. However, it’s happy in almost any environment and can form thick mats of leaves that will easily out-compete turf grasses along with native wildflowers that grow on forest floors.

The leaves emerge in late Winter (late January, into February) with the flowers and tall stems arriving in late Spring. This is a smart adaptation to soak up energy from the sun when deciduous trees are still leafless while also taking in nutrients from fallen leaves before other plants are even above the ground. Once Summer hits, the entire plant disappears underground - don’t be fooled though: it’s still reproducing rapidly! The plant spreads via hardy tubers, as well as seeds. Most of the life cycle is spent growing underground. Homeowners, lawn caretakers, and gardeners easily overlook the invasive plant because of its short growing time when they are not spending as much time in their yards. Lesser Celandine is commonly confused with Yellow Marsh Marigold (Caltha palustris). Marigolds have fewer petals and no tubers. 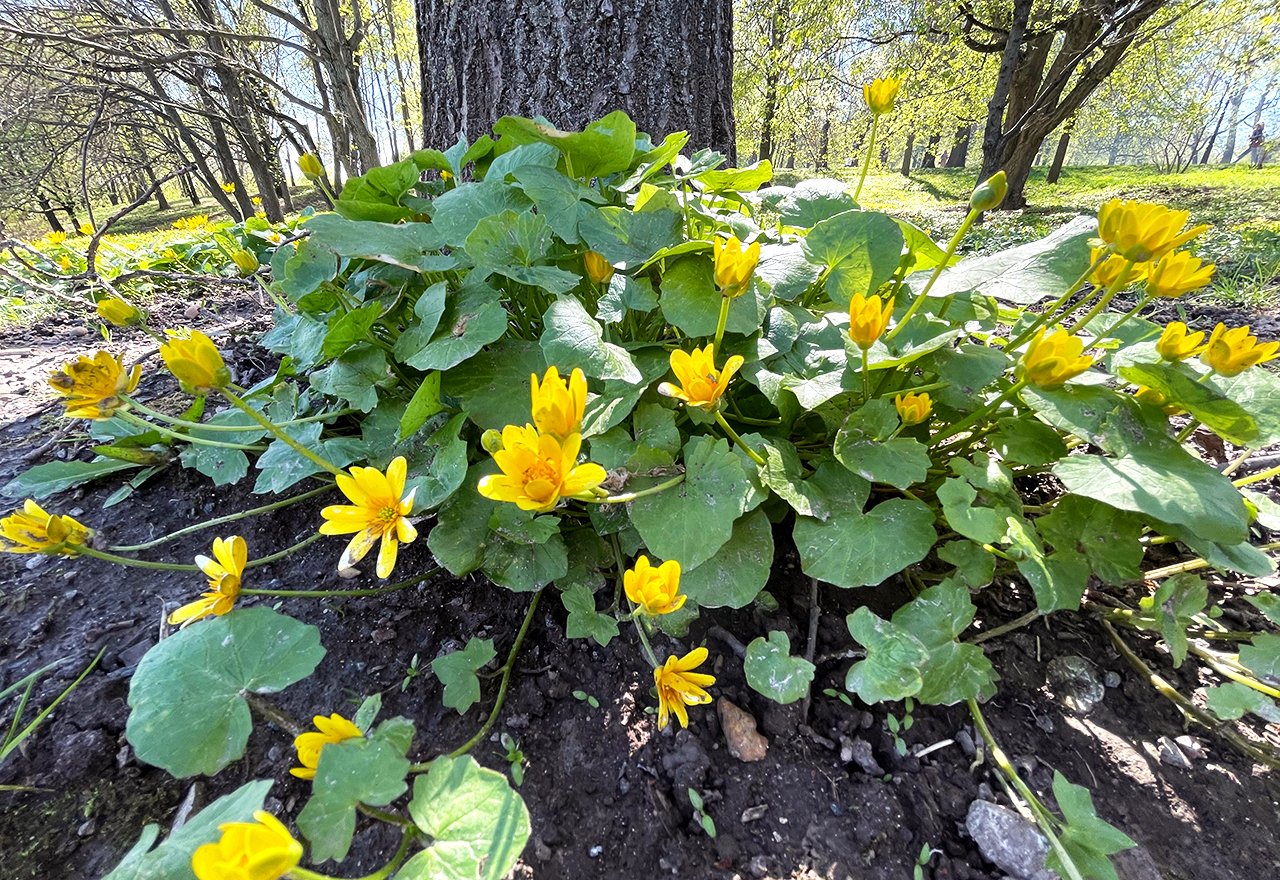 How To Get Rid Of Lesser Celandine?

Unfortunately, there is not a great organic method to get rid of this aggressive, persistent weed. Our Natural Weed Buster treatments will help keep your lawn thick and healthy, giving it a bit of an upper hand on Lesser Celandine, but they are not permanent “killers”. Hand digging them out, if confined to a small area, can be effective; however, the plant is tenacious! You will need to return to the same location every Spring and keep digging out tubers that you missed – because you will miss some. Be persistent and don’t let the weeds get out of control. This is another weed that we encourage you not to compost - put the entire plant (tuber, leaves, flowers) in the landfill bin.

If it really bothers you and the natural treatments are not enough, spot chemical treatments in the Spring might be your only option to help to reduce its proliferation.

How To Prevent Lesser Celandine?

With most weeds, the best prevention is to keep your lawn healthy and strong so that exposed soil does not invite unwelcome newcomers into your lawn.

We always recommend that organic lawn enthusiasts to mow their grass high so that their grass roots grow deep. Water infrequently, but deeply. Like mowing high, this will encourage deep root growth. And add some Microclover to your lawn. The tiny clover that we sell in our shop does not flower and will stay green the entire season. All clovers are legumes that fix nitrogen into your soil, fertilizing naturally. We are always happy to help with fertilizer application and other Organic Services, as well as provide consultation and advice on any other lawn care needs if you are in our service area.

Lesser Celandine, like other plants in the buttercup family, is poisonous if ingested raw. It is potentially fatal to grazing animals, such as sheep, horses, and cows. This is another reason to remove the invasive weed from your lawn! A paste of tubers and leaves of Lesser Celandine was formerly used to treat hemorrhoids, but this is strongly discouraged now because of its poisonous nature. In Ohio, it is prohibited to sell Lesser Celandine in garden stores due to its invasive nature. However, it is still sold in garden centers in other states because of its early blooming, pretty flowers.

How to Identify Lesser Celandine in Your Lawn 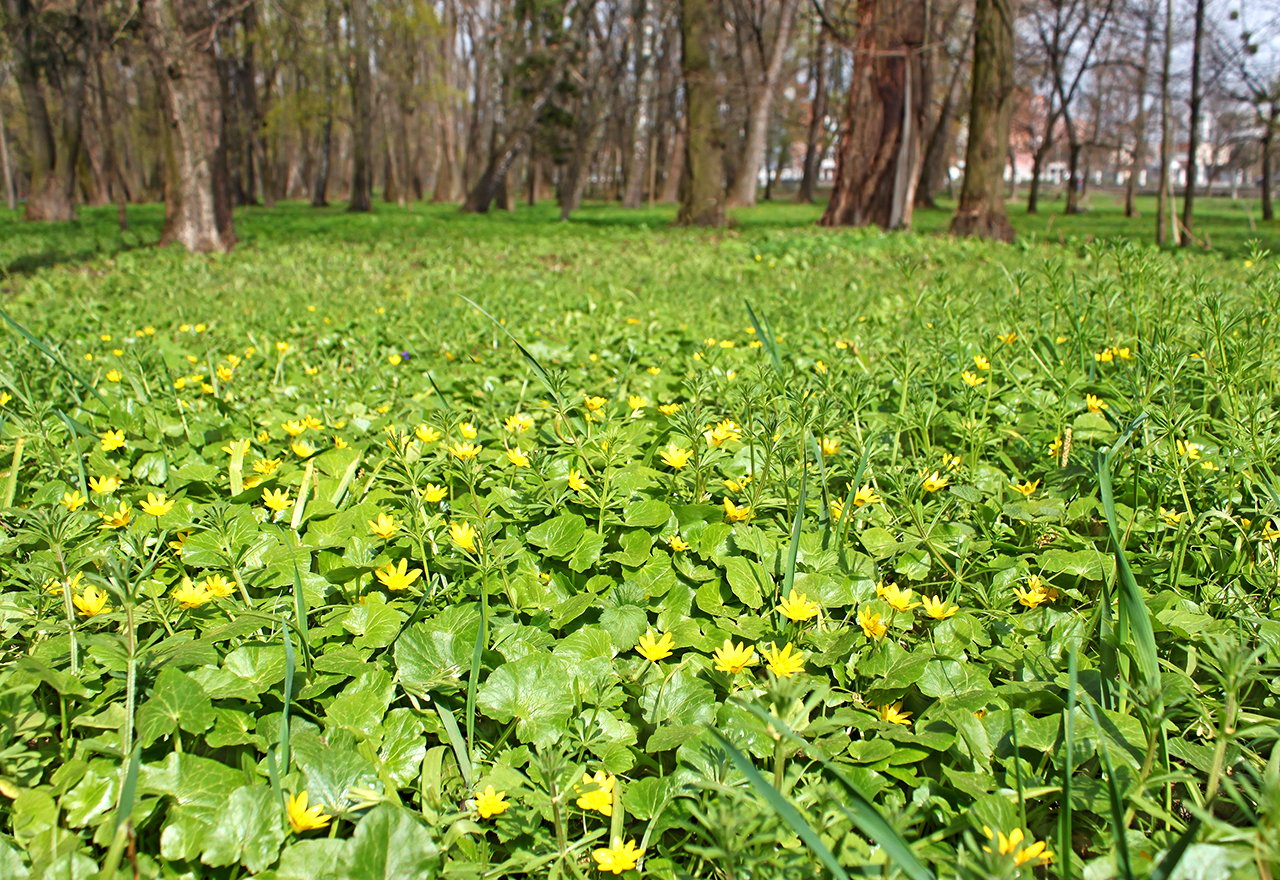